Europa League: Luiz Gustavo near Marseille: Dante, is that you? 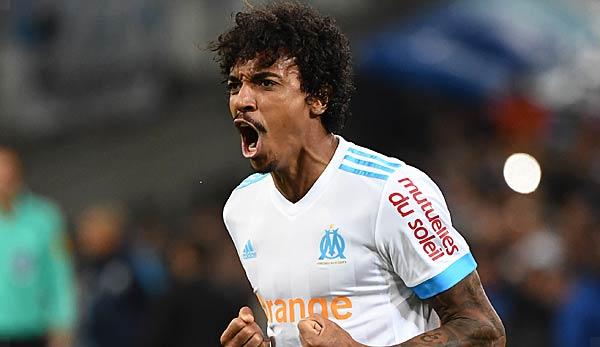 Luiz Gustavo is in the final of the Europa League with Olympique Marseille (8.45 pm at LIVETICKER). In his first season, the Brazilian has already become an important part of the team and a real crowd favourite in Marseille. He reminds more and more of his Brazilian colleague Dante.

Whether Lucio, Dede, Naldo or Dante: defensive specialists from Brazil seem to be well received by the fans. This is probably because, despite their nationality, they stand out from the ranks of yoga bonito footballers. They are not too good for a duel and throw themselves into every shot in the 90th minute at the score of 5-0.

Despite this dogged fighter mentality, they convey the samba mood that Brazilians are used to and always have a smile on their lips. Especially Dante had cult status in Germany. The reason: The Afro-hairstyle as a trademark, paired with funny videos on the internet, where he already once invented his own song.

It seems that Luiz Gustavo found his role model in Dante. Since his move to Olympique Marseille last summer, his curly hair has become longer and longer and there is already a song about him.

One reason for Gustavo’s popularity is his proximity to Marseille fans. At the beginning of the year, the Brazilian visited the Olympique-Ultras and watched them preparing a great choreography. Theme of the choreo: Luiz Gustavo. The 30-year-old also sang the new song about him – admittedly somewhat copied from the Northern Irish – with the fans.

In addition to likeable actions away from the pitch, Gustavo always underpins his fan love with strong performances on the pitch and is a real long runner at Marseille: when he is not suspended, he plays. Gustavo did not miss a minute in the last 21 Ligue 1 matches, only changing twice in a total of 33 league appearances.

He is also highly regarded within the team, and his word is his word on the defensive. If the actual captain Dimitri Payet sits outside, Gustavo takes over – in his first season at OM.

Before the season Luiz Gustavo came from VfL Wolfsburg to Marseille for around 10 million euros. While he fought with the wolves against relegation and was a symbol for the downward trend of the club, he fights with OM for the Champions League qualification. One point separates Rudi Garcia’s team from third place in the standings.

The French coach is full of praise for his protégé: “He is a very intelligent player with above-average tactical and physical qualities. He’s a real leader.”

Recently Garcia has even found a new role for Gustavo. “He can play anywhere,” says Garcia. “Of course, he’s very valuable in midfield, but his versatility allows us to put him in central defense.”

Luiz Gustavo’s position may be new, but the Brazilian’s style of play is still the same. Already in his first second-league season 2007/08 at Hoffenheim Gustavo picked up twelve yellow cards. Two yellow-blocks per season were not uncommon any more and there were also some place references.

Gustavo flew off the pitch eight times in the Bundesliga – together with Jens Nowotny he holds the Bundesliga record. Gustavo have also been suspended in four games at Marseille.

In the final of the Europa League against Atletico Madrid Luiz Gustavo will be on the pitch. Atletico finished second in the Spanish league ahead of Real Madrid, beating FC Arsenal in the semi-finals, the Spaniards are the favourites. But the role as an outsider suits OM anyway.

From a compact defense on counter play, lies the Frenchman. Only twelve goals were scored in the 14 European League games – also thanks to Gustavo.

If Marseille should indeed win the Europa League, the Gustavo song should be an integral part of the celebrations. And Gustavo would sing in the real Dante manner: “We’ll get a Europa League…”