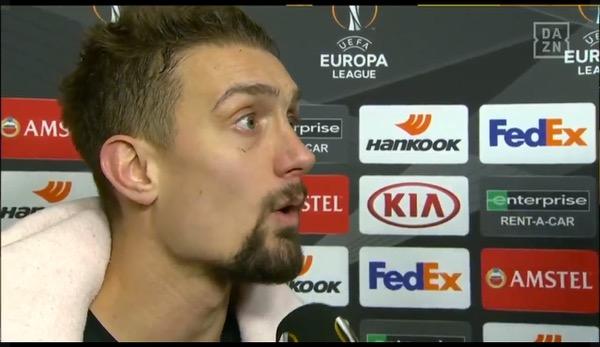 After the defeat of RB Leipzig against FC Salzburg on Thursday evening, Stefan Ilsanker caused a laugh at the DAZN interview. Because he had a wrong result in mind in the parallel match between Celtic and Rosenborg, he talked down the defeat in the bull duel at first.

“It would have been really bitter, of course, if Celtic had scored. It’s still in our own hands. We just have to score as many points as Celtic,” said Ilsanker right after the match, before the DAZN moderator told him of his mistake.

“Oh! Then of course it sucks,” Ilsanker didn’t mince his words. Leipzig are three points behind Celtic before the last matchday. There it comes to a duel between the Scottish champion and Salzburg, Leipzig plays against Trondheim.