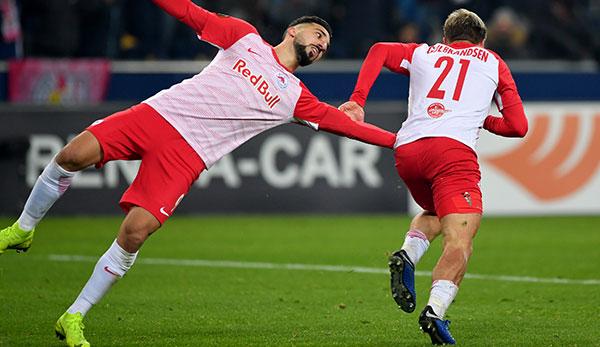 On Thursday evening Red Bull Salzburg prematurely managed the promotion and victory in Group B of the European Football League. The team of coach Marco Rose celebrated a 1:0 home victory over their sister club RB Leipzig and won their fifth match in this pool. The decisive goal was scored by the Norwegian Fredrik Gulbrandsen, as in his 3-2 win in Leipzig.

Salzburg will now hold Celtic Glasgow at the maximum of 15 points before the final match on 13 December. The Scottish champion is second after a 1-0 victory at Rosenborg Trondheim, who still has no points, three points ahead of Leipzig with nine points. The German club, which will receive the Norwegian champion at the end, needs an away success of the Salzburg team in order to be the second to be promoted to the knockout phase of the last 32 with a home win.