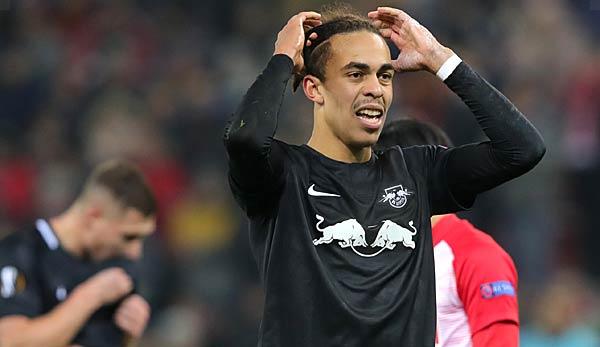 After the defeat against Salzburg RB Leipzig is in third place in group B. Since RB Salzburg is already in the round of sixteen, it comes to a duel with Celtic Glasgow.

For RB Leipzig to get ahead, a lot has to happen. On the second place Celtic Glasgow Leipzig is three points behind after five of six matchdays. The only chance for the knockout round remains because Leipzig won the direct comparison against Celtic with the 2-0 home win and the 1:2 defeat in Glasgow.

RBL will get further if…

So Lepzig has to win his own game and hope for help from Salzburg.

You can watch the decisive game against Rosenborg on DAZN.

Red Bull Salzburg has already won the group. Salzburg has won every game of the group phase so far. Leipzig are three points behind Celtic in third place, while Rosenborg Trondheim have been eliminated from five games with zero points.

On the last matchday Leipzig has a home match against Rosenborg Trondheim. The draw for the knockout rounds is on 17.12.2018 in Nyon. That’s the game plan: