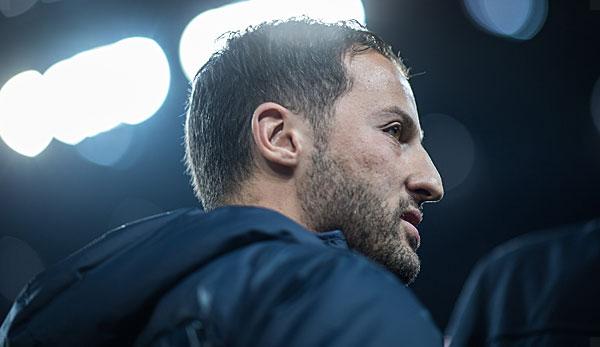 FC Schalke 04 and Borussia Dortmund reached the round of sixteen of the DFB Cup only with difficulty and thanks to two penalty decisions. While BVB coach Lucien Favre praised his opponents and at the same time feared for an injured regular, Domenico Tedesco admired the comeback qualities of another disappointing team from Schalk.

Here you can find all votes and reactions to the DFB cup matches of the 2nd round on Wednesday.

… the injury to Abdou Diallo: “He hurt himself early and we don’t know exactly what he has yet. But he’ll probably miss some games.”

… the opponent Union Berlin: “Congratulations to Union and Urs! It was very difficult to play against this team and destabilize them. In the end we are through. That’s all that matters.”

Urs Fischer (Trainer Union Berlin): “We showed a great game. We were very close to a sensation. Joy and pride prevail.”

Markus Anfang (coach 1. FC Cologne): “It’s incredibly bitter. It hurts because the boys made a really good game. We were the clearer team for long periods of the game, but we didn’t make the most of the scoring chances. The boys continued to play forward and tried to win the game against a team that has a lot of quality. It would have been deserved if they had rewarded themselves.”

Domenico Tedesco (coach Schalke 04): “We are happy about reaching the next round. It was the expected difficult game against very good opponents. Cologne makes it great. It was a balanced game and in the end it was almost lost. Then we come back with force and mentality. That was really strong. This shows that the team is full. In the end, we won happily on penalties.”

Mark Uth (FC Schalke 04, scorer of the decisive penalty) over the …

… his decisive goal: “It was only a penalty, I don’t want to hang it too high. It’s nice to have helped the team. If you win on penalties, you have a psychological advantage, and we’re taking that to the league now.”

… about the once again weak S04 offensive: “It is the old story. We play well until the last pass, but then we play out wrong or dally the ball. That’s how it’s difficult with fools.”

Florian Kohfeldt (coach Werder Bremen): “It was a difficult game today and we won it with confidence. Flensburg was a well organized opponent. It wasn’t easy, but we were attentive and focused and did our job.”

Martin Harnik (Werder Bremen): “The opponent was naturally very low, was aggressive and therefore comes to the equalizer. But we have found the right answer. Playing in Lübeck was also an advantage. It was like a home game for us.”

Daniel Jurgeleit (coach SC Weiche Flensburg): “Congratulations to Werder, the victory is deserved. For us there was basically only the possibility after the 1:1. But to go with two goals advantage into the break, a Bundesliga club usually can not take that. Werder can now look forward to the cup draw, we would have liked to have done that as well.”