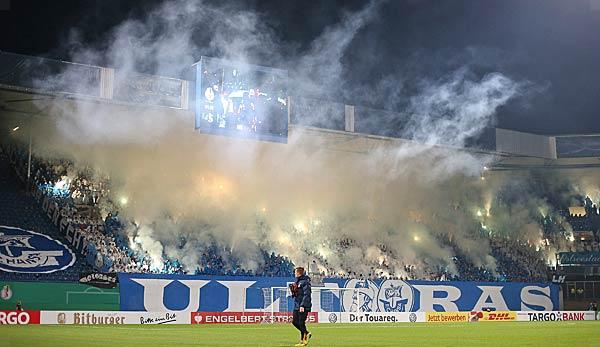 In the run-up to the DFB cup match between Hansa Rostock and FC Nuremberg on Wednesday evening, according to police reports, there were clashes between fans of both teams in the Hanseatic city.

The Rostock police also confirmed that a warning shot was fired in an attempt to separate the rival groups. No one was injured.

About 350 people are said to have been involved in the clashes in the morning around 11.00 a.m. near the Ostseestadion, most of them from Nuremberg. According to the police, the Franconian supporters had initially been the object of aggression.

“The Nuremberg fans arrived relatively early in the morning by coach and got off near Carl-Hopp-Straße, where the Rostock fan scene is located,” Dörte Lemke, press officer of the Rostock police, is quoted by nordbayern.de. There the FCN supporters had already provoked. A little later, the situation escalated near a gas station.

On Wednesday afternoon FC Hansa opposed rumours in the social media via Twitter that the game might be cancelled.