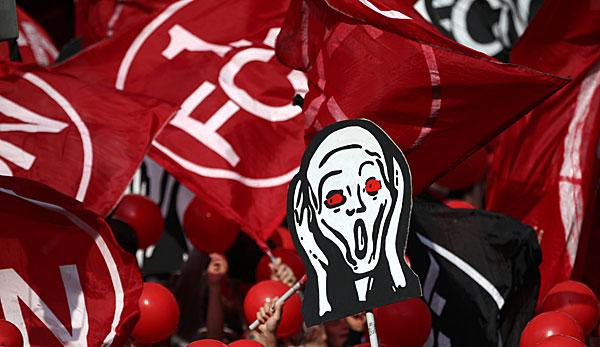 After the riots around the DFB cup game of the Bundesliga team 1. FC Nürnberg near Hansa Rostock (4:2 i. E.) the police took stock.

On Wednesday morning, 330 Nuremberg fans had had a violent confrontation with about 50 Hansa fans. 311 club fans were then taken into custody and sent back home in their coaches around 8.50 pm.

613 policemen were in action, twelve were slightly injured. Among other things, masquerade items, pyrotechnics and knives disguised as credit cards were found among the fans.

A warning shot had already been fired by the police at a meeting of the fan groups around 11.00 a.m.. An investigation was initiated against a 20-year-old man from Rostock on suspicion of breach of the peace.

According to police, several Rostock fans in the area of the east stand attacked employees of the security service after the match.

Two of the attackers could be put by police forces. Appropriate preliminary proceedings were initiated against the two men.