Soccer: Mbappe and Neymar in starting eleven against Liverpool 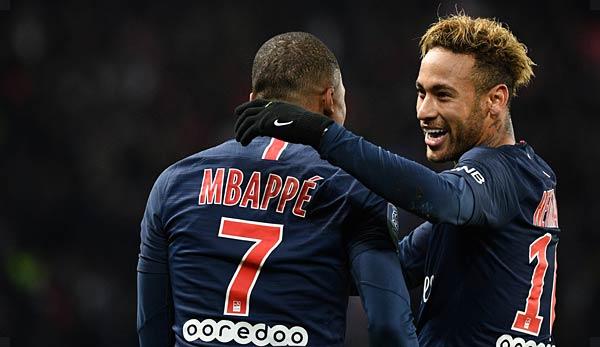 Thomas Tuchel will be able to draw on his stars Neymar and Kylian Mbappe in the pre-decisive Champions League match between Paris St. Germain and FC Liverpool on Wednesday (9 pm live at DAZN).

“Neymar and Mbappe will be in the starting eleven,” Tuchel said at the press conference one day before the duel with the Reds of team manager Jürgen Klopp.

Previously, Neymar (26) and Mbappe (19) had taken part in the final training of the French. The most recently stricken offensive players had injured themselves in mid-November in matches for their respective national teams. Brazilian Neymar suffered an adductor injury in the match against Cameroon. World champion Mbappe suffered a shoulder bruise in the French match against Uruguay.

Paris are threatened with an early end in the premier league if they lose to Liverpool.