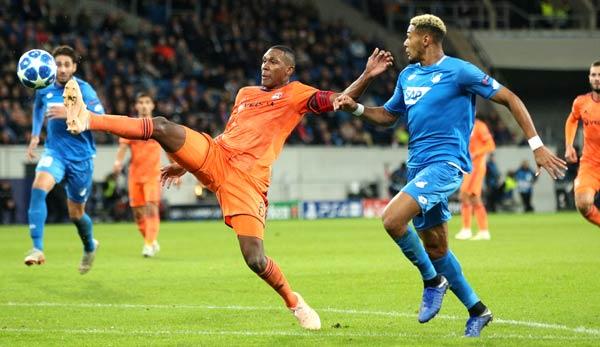 Before the Champions League game at Olympique Lyon, TSG Hoffenheim is under pressure. If the club wants to maintain its chances of progress, the Kraichgau team must win. Here you can find the most important information about the game.

In the first leg Joelinton saved the TSG with his goal in injury time to 3:3 one more point.

The match between Lyon and Hoffenheim will be broadcast live and exclusively on the DAZN streaming service in Germany and Austria. This season, the provider shares the broadcasting rights with Sky, so that the pay-TV broadcaster broadcasts the game in the conference with the parallel games, both on TV and via livestream.

The exact distribution of the games between the stations can be found here.

DAZN will show the majority of the Champions League matches as well as the entire Europa League and matches from Serie A, Primera Division, Ligue 1 and Premier League. The Netflix des Sports costs 9,99 Euro per month, but before that you can test it one month for free.

On SPOX there is also a live ticker for the game.

Despite often good performances, the TSG are only two points behind half of the group matches in the Champions League. However, progress is still possible. Already with a victory in Lyon the Kraichgauer would pass the French and stand on the second place. In the event of a defeat, however, the TSG would probably be eliminated.

Olympique Lyon is in a much more comfortable situation with a three-point lead. If the club won, the knockout round would be hard to take away, and a draw would also keep the German chaser at bay. Even in the event of defeat, the race would remain open.