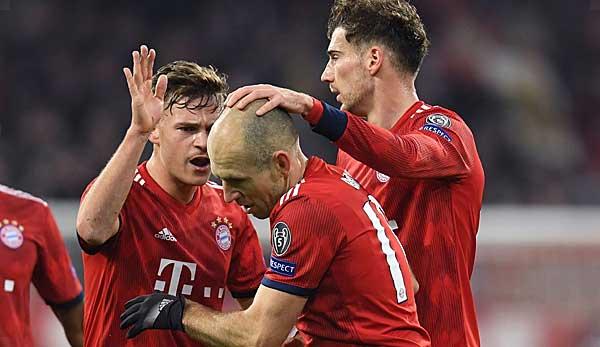 Arjen Robben has commented on the fierce criticism of Niko Kovac following FC Bayern’s cantabile victory over Benfica and has also dedicated a 5-1 win to the coach of the German record holder.

“Today I was especially happy for our trainer, also as a human being. He deserves that. He belongs to us,” Robben said after the game in a conversation with Sky.

The 35-year-old had brought the Bavarians onto the winning streak early with two superb goals against Benfica and was one of the guarantors for the clear increase in performance of the Munich team against the 3:3 against Fortuna Düsseldorf on the weekend. There the Dutchman was still missing due to injury.

“The [goals] were important to us, to the team. Of course it’s always nice when you score,” Robben said: “But it was very important for us to get up again after the bitter disappointment and show a good game, also for the audience. You have to get up when you’re a big team.

Although Robben would have liked to have finally played to zero again, “especially for Manu” (Bayern goalkeeper Manuel Neuer, editor’s note), “but a 5:1 is convincing. That’s what we need.”

Next weekend, the Bavarians will guest in the Bundesliga at Werder Bremen. Robben hopes that the team will then confirm the performance shown: “I hope that we will continue like this”.