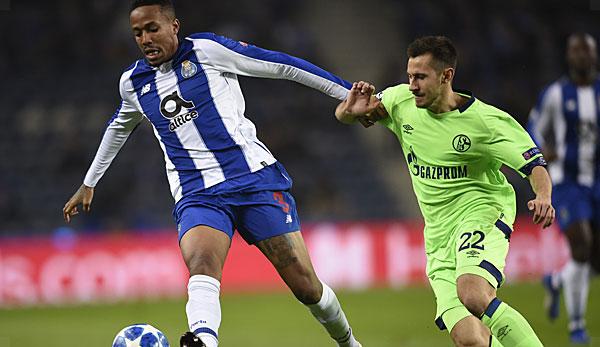 The personnel concerns of vice-champion Schalke 04 are getting bigger and bigger – especially in the offensive. At 1:3 (0:0) in the penultimate group game of the Champions League at FC Porto, striker Guido Burgstaller dropped out due to Achilles tendonitis. In addition, Steven Skrzybski had to be replaced in the half-time due to a muscle injury in the shoulder area.

“I don’t know when five strikers in a Bundesliga team were injured at the same time,” complained sports director Christian Heidel. Breel Embolo, Mark Uth and Cedric Teuchert are missing in the longer term.

Coach Domenico Tedesco will therefore have great difficulty in taking his offensive in Saturday’s Bundesliga game at TSG Hoffenheim.

Burgstaller’s injury was “very, very painful,” Heidel reported, “but I have the hope that we can get it done by Saturday. With Skrzybski, on the other hand, he could not “imagine that he could play on Saturday”.

Despite their first defeat in the Champions League, Schalke qualified for the round of sixteen. The game had already begun, as Lokomotive Moscow had helped Galatasaray Istanbul to a 2-0 victory.