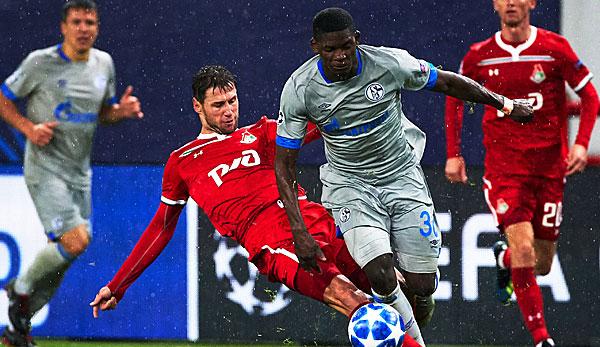 Schalke 04 has already qualified for the round of sixteen in the Champions League. On the last matchday of the group stage, S04 will have to play Lokomotive Moscow, the team around ex-Schalker Benedikt Höwedes. SPOX introduces you to the last opponent of Schalke.

In the first leg Schalke won in Moscow 1:0, Weston McKennie scored the winning goal just before the end. Tuesday 11 December will see the return match at 18:55 in the Veltins Arena.

Moscow locomotive has not yet had a good season. Last season Lok won the championship in Russia’s Premjer league, in the current season they are only fifth. A total of nine points behind has “Loko” after 16 of 30 matchdays to leader of the standings Zenit St. Petersburg.

Moscow can’t make it to the round of sixteen in the Champions League. FC Porto and Schalke 04 have already been determined as the last 16 finalists.

Benedikt Höwedes played for Schalke 04 for 17 years. In 2007, Höwedes was already drawn up into the first team of S04 from the youth. After a one-year loan to Juventus Turin, the 2014 World Champion switched to Lokomotive Moscow this season. In the first leg in Moscow, Höwedes was already on the pitch against his club of the heart.

Schalke has already been determined as second in the group behind FC Porto. After the 1:3 defeat in Porto, Schalke must now reckon with a supposedly stronger opponent in the Champions League round of sixteen.

Lok’s 2-0 home win over Galatasaray on Matchday 5 will now lead to a long-distance duel between Moscow and Istanbul. Both teams can still reach the intermediate round of the Europa League with third place. Currently Moscow is one point behind Galatasaray in Group D, so they have to score against Schalke.

The game between Schalke 04 and Lok. Moscow will not be broadcast on free TV. In Germany, the game will be broadcast live and exclusively by pay-TV channel Sky. Sky customers can also watch the game as a livestream on the Internet.

But all other Champions League games will be live and exclusive on DAZN on Tuesday. The streaming service also shows all Europa League, Primera Division, Serie A and Ligue 1 matches as well as all Premier League top matches. DAZN costs 9,99 Euro per month and is free for the first month.

Who has no possibility to see the game, can follow the game between Schalke and Moscow in the live ticker at SPOX.