Champions League: PSG boss: “Tuchel is the best coach in the world” 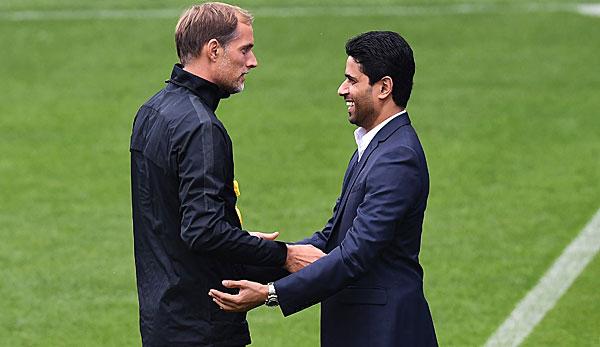 PSG club boss Nasser Al-Khelaifi raved in the highest tones about his coach Thomas Tuchel. France’s top club had averted the out of the Champions League preliminary round on Wednesday evening and, after a 2-1 win in Parc des Princes against last year’s finalist FC Liverpool, were now well placed to reach the round of sixteen.

The PSG President said: “For me Tuchel is the best coach in the world and he proved it today.”

The Parisians were the better team against Liverpool, skilfully avoiding the Reds’ feared counter-pressing time and again and then made it into the back of the defence with steep passes. For Al-Khelaifi a merit of Tuchel and also Captain Thiago Silva said: “Our coach is incredible. That was a great answer to the doubters.”

Those doubters and critics were already in the starting blocks in the event of a defeat against the Reds and the associated early end in the premier class. “We have shown our true face”, Al-Khelaifi said: “Many people have talked about our project in the media, we have shown what we can do. We are strong and have an outstanding coach. That’s a great reaction.”

The praised himself returned the compliments to his team. Tuchel pointed out: “You can’t win without good defence and collective efforts. We have worked hard and the result is wonderful.”

PSG are one point behind the SSC Naples to second place in Group C before the final matchday. With a victory against Red Star Belgrade, the Ligue 1 champion will definitely make it into the knockout round.