Champions League: Isco booted out at Real: Too few Cojones for Solari 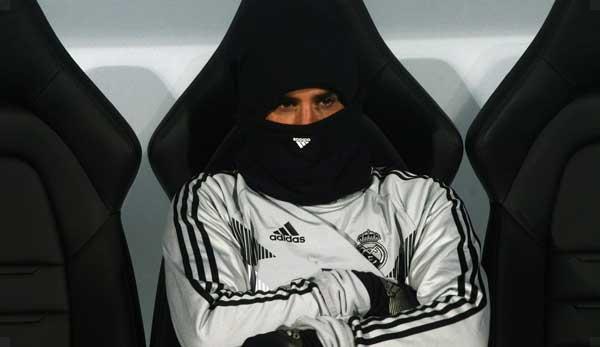 Real Madrid are the first in Group G to reach the Champions League round of the last sixteen. However, after the defending champions’ 2-0 away win at AS Rome, there is only one topic of conversation in Spain: the outbooting of midfield star Isco.

Francisco Roman Alarcon Suarez, better known as Isco, entered the Stadio Olimpico with a fossilized face after conversations with his fellow players, he was not at all upset on the way to the cabin.

“I’m fit, there’s no physical problem,” the 26-year-old said to just a bunch of journalists passing by. There was nothing more to be seen or heard from him that evening.

He spent it alone in the bleachers. He, the seasoned Spanish international, perhaps the best technician in the royal star line-up, had to settle for the role of spectator in the decisive match for victory in Group G of the Champions League, despite his good physical condition.

Real beat Roma 2-0 even without him, but after the match, the Andalusian’s outboat was the only thing discussed.

“These are specific decisions in certain moments,” Reals coach Santiago Solari explained the disregard for Isco, “decisions that almost always have sporting and only in exceptional cases other reasons. There is no exception here.”

However spongy he phrased it, Solari’s words left little room for interpretation: “Iscos’ training mission does not live up to his expectations. “A player has to give everything, be at 100 percent, to see if the coach puts him up,” said the Argentine coach more clearly. Rival’s second captain, Marcelo, said similarly: “I’m not saying Isco doesn’t work, but he has to see why he doesn’t play.”

According to a report by the radio station Cadena Cope, Solari did not even want to take the offensive actor with him to the Italian capital. In the end, however, he decided against it in order to avoid even more trouble in the run-up to the meeting. Isco has been a controversial topic for the Spanish record champion since Solaris was promoted from coach of the second team to coach of the professionals.

Solari did not set him up in any of his six games from the beginning, only three times the right foot was substituted. Its lean yield: 78 of 540 possible deployment minutes.

Isco, reports the daily El Pais, has been zeroing in since Solaris arrived. This obviously has less to do with Solari than with the dismissal of his predecessor Julen Lopetegui. Lopetegui was like his foster father. Under him he once made the breakthrough in the Spanish U21 and later also in the senior national team. Lopetegui also had his eye on him at Real, while Isco was almost always in Real’s starting eleven until an appendectomy at the end of September.

No wonder he vehemently defended Lopetegui despite weak team results and even publicly asked those responsible to hold on to him. “If they fire Julen, they’ll have to fire us all,” Isco said at a press conference just days before the 52-year-old’s end. He is said to have faced Lopetegui’s successor Solari, who took over from FC Barcelona at the end of October after a 5-1 blitz in Clasico.

A no-go for the new coach, who presented himself as a tough dog on the very day of his performance by demanding more “cojones”, more eggs, from his highly paid stars.

The Spanish media are even speculating that the miserable playmaker could take the plunge next summer. Isco would be interesting for almost all European top clubs – certainly also for FC Bayern if James Rodriguez’s loan does not result in a firm commitment.

But according to Marca, Manchester City would have the best chance of a transfer. Pep Guardiola has been after Isco for quite some time and would like to direct him to the island as the successor to David Silva, who is now 32 years old. However, Real Isco would not let go without resistance. His contract, which runs until 2022, contains an opt-out clause of 700 million euros.

In Madrid they hope that the waves will calm down quickly. “If you say you’re not surprised, you’re lying,” said wing player Lucas Vazquez about the degradation of his colleague, stressing that Isco was “extremely important” to Real and would “certainly play again quickly”. I wonder if Solari would agree.