Champions League: How does Klopp get to the round of sixteen? 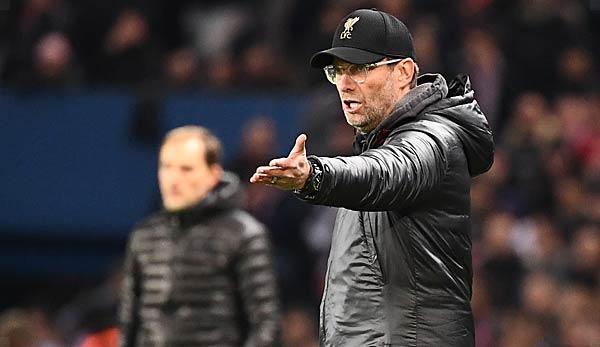 The top duel of the 5th group matchday of the Champions League between Paris St.-Germain and FC Liverpool has found a winner. Thomas Tuchel’s team defeated the Reds with 2:1, you can get all information about the current table situation here.

PSG managed to overtake the Liverpoolers in Group C with yesterday’s success. Previously, the Parisians were only in third place and were under pressure to move. After the 3:1 victory of the SSC Naples against Red Star Belgrade the Reds have to tremble.

On 11.12. the FC Liverpool receives the SSC Naples (21 o’clock), in order to have still another chance on the round of sixteen of the Champions League, Jürgen Klopps team must win this play.

Should PSG win a point against Red Star Belgrade (11.12., 21 o’clock), the Reds would still not be able to pass the French, as they are inferior in the direct comparison due to the goal ratio (3:2 in Liverpool, 2:1 in Paris).

Liverpool would therefore have to win with at least two goals against Napoli in order to displace them to third place. They lost the first leg in Naples 0-1, so it would be necessary to win with more goals.

However, if PSG lose to Belgrade, one win, regardless of the goals, will be enough to qualify for the Round of 16. The Reds would then have one more point on their account anyway and could either take first or second place.

With four points, Red Star Belgrade already have no chance of advancing in the Champions League.

With the French defeating Jürgen Klopp’s team 2-1, PSG are now second in the Group C table. Previously, the Reds were at the top, but were pushed to third place by SSC Naples’ 3-1 win over Red Star Belgrade.

Should PSG draw on the next matchday and lose Napoli, both teams will be level on points. There were two draws in the direct comparison, but Naples scored more away goals (1-1 in Naples, 2-2 in Paris) and would therefore remain ahead of PSG in the table.

If Liverpool wins with more than one goal, the Reds will pass Naples to second place and PSG will win the group.

However, if the French lose and the Liverpools win, PSG will fall one rank down and will not qualify for the last 16 of the Champions League.