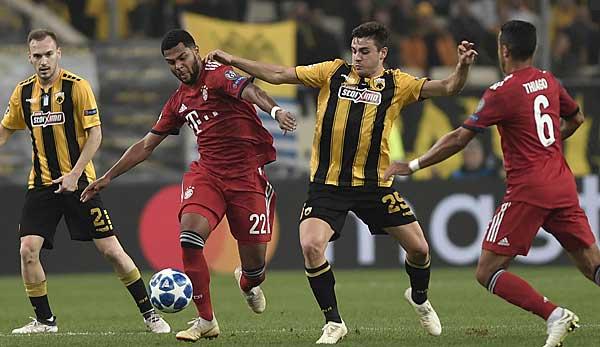 FC Bayern Munich receives the AEK Athens on the 4th matchday of the Champions League. Here you can follow the CL game of the FCB on Wednesday in the Live Ticker.

During the day you get all important information about the game between Bayern and AEK Athens here. From 8.30 p.m. you won’t miss a thing in our live ticker.

Before the game: kick-off of the game FC Bayern Munich against AEK Athens is at 21 o’clock in the Munich Allianz Arena.

This is how the game is accompanied by Sky:

Sky and DAZN share the rights for the Champions League broadcast since this season. While DAZN exclusively shows more games in the group phase, Sky has a conference in its program.

On Wednesday, the distribution is as follows: