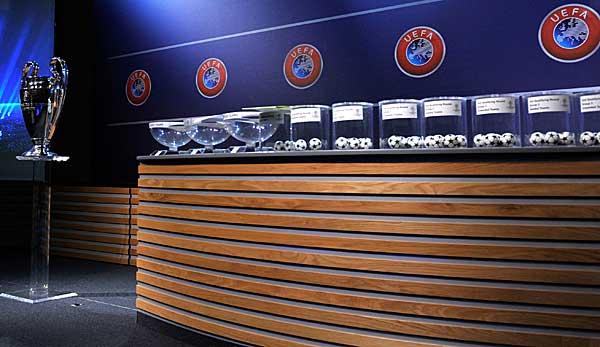 Slowly but surely it is getting serious in this Champions League season. Twelve teams have already booked their tickets to the knockout rounds before the last matchday in the group stage, and the dates for the draw for the knockout matches have already been set. Here you can find out when the respective pairings will be drawn.

Even before the group stage of the Champions League has ended, UEFA has already announced the dates for the draw for the knockout rounds. Three of the four German representatives can be found at least in the lottery pots for the round of sixteen.

Before the sixth matchday, FC Bayern, Borussia Dortmund and also FC Schalke 04, which is in crisis in the league, have qualified for the first knockout round of the premier class. While the royal blues will certainly find their way into the lottery pot of the group runners-up, Bayern and BVB will still be looking for the group victory on the last matchday and thus for the supposedly easier draw in the round of sixteen.

On 17 December, the 16 qualified teams will find out who they will face in the Champions League Round of 16. As usual, the draw will take place at UEFA headquarters in Nyon. The start of the event is scheduled for 12 noon.

Among other things, the DAZN streaming service will broadcast the draw in Nyon live and in full length. Since this season DAZN has secured the broadcasting rights for a large part of the premier league and also exclusively shows all matches of the UEFA Europa League live and exclusively in individual matches and the Goalzone Conference.

Before the last matchday of the group stage, twelve of the 16 round of 16 tickets have already been allocated. However, only three of the eight group winners have been determined so far, who will land in the first draw pot on 17 December in Nyon and will meet a group runner-up.