Champions League: CL already from the round of 16 with video evidence 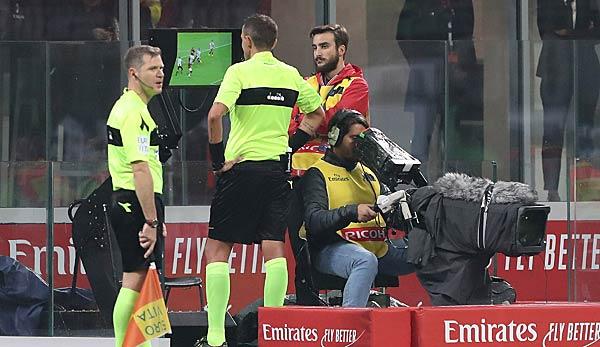 The video proof will be used in the Champions League already from the eighth finals of the current season. The UEFA Executive Committee with DFB President Reinhard Grindel voted on Monday in Dublin for the early introduction of the technology, which should actually only be used from the 2019/20 season in the premier class.

“We are ready to use the Video Assistant earlier and are convinced that it will have great advantages for our competitions,” said UEFA President Aleksander Ceferin.

Manchester City coach Pep Guardiola, among others, had vehemently advocated the use of the “VAR” recently. Again and again in the Champions League, the referees had made some blatant mistakes, which could probably have been prevented with the video evidence. The Round of 16 will be played from 12 February to 13 March 2019.

UEFA will benefit from the fact that the stadiums of the “usual suspects” in the knockout rounds of the top leagues Spain, England, Germany and Italy are already equipped with appropriate camera systems. This also applies to the Arena of Atletico Madrid, where the final will kick off on 1 June 2019.