Champions League: City, United and Juve are through – Real beats the Roma 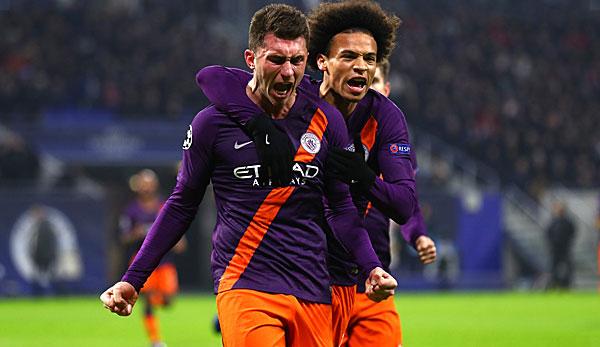 An international quartet of favourites around the defending champions have solved the last sixteen ticket, riots overshadowing the match in Athens. Record winner Real Madrid has entered the knockout phase of the Champions League ahead of schedule. The royals won 2:0 (0:0) with Toni Kroos at the Italian top club AS Rome and made the group victory perfect at the same time.

Juventus Turin beat FC Valencia 1-0 (0-0) with superstar Cristiano Ronaldo and England’s champions Manchester City will also be in the top 16 of Lyon’s top 16 after a 2-0 (0-0) win at Olympique Lyon. City rivals Manchester United are also allowed to plan for the next round after the 1-0 (0-0) win against Young Boys Bern after the 5th matchday.

Ajax Amsterdam also hibernate after a 2-0 (0-0) win at AEK Athens in the premier league, but the game of the Dutch football record champion was overshadowed by riots.

Even before the match at the Olympic Stadium in Athens, riots had broken out. According to a report in the Dutch daily De Telegraaf, AEK supporters threw several fireworks projectiles into the Ajax block before the kick-off whistle. A Molotov cocktail had exploded on a Plexiglas pane of the block, pictures showed a fireball right next to the spectator area of the Amsterdam fans. According to police, eleven people were injured and treated in hospital.

Real, who, like AS Rome, had already qualified for the knockout round by ZSKA Moscow beating Viktoria Pilsen 1:2 (1:0) in the early evening before the direct duel, were scored by Gareth Bale of Wales (47) on Kroos for a 1-0 lead, while Lucas Vazquez (59) extended the lead for new coach Santiago Solari’s team.

Five-time world footballer Ronaldo, who had seen the red card in the first leg in Valencia, scored the only goal for Juve with runners-up Mario Mandzukic (59). City came back twice with international Leroy Sane in the starting eleven by Aymeric Laporte (63rd) and Sergio Agüero (83rd), Gnaly Cornet (55th /81st) scored both goals of the hosts.

United, coached by Jose Mourinho, had to wait until just before the end before finally scoring the redemptive goal: The Belgian Marouane Fellaini (90.+1) scored the only goal in the Old Trafford on submission from his compatriot Romelu Lukaku.