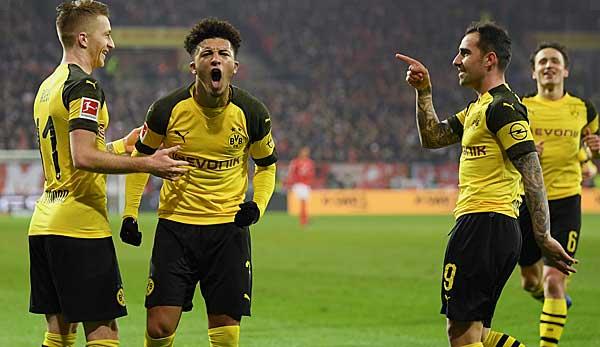 Bundesliga leader Borussia Dortmund will play his final group game in the Champions League without many regulars.

Coach Lucien Favre will have to give up Marco Reus (thigh), Axel Witsel (break), Thomas Delaney (calf), Jadon Sancho (bereavement), Jacob Bruun Larsen and Lukasz Piszczek (both knees) in the encounter with French runners-up AS Monaco on Tuesday (9 p.m. in LIVETICKER and LIVE on DAZN).

Only after a longer injury break is former captain Marcel Schmelzer back in the squad. The left-back was last taken out of action by bone edema in September.

With a success in Monaco, the BVB can still become group winner. At the same time Atletico Madrid should not win at FC Bruges.