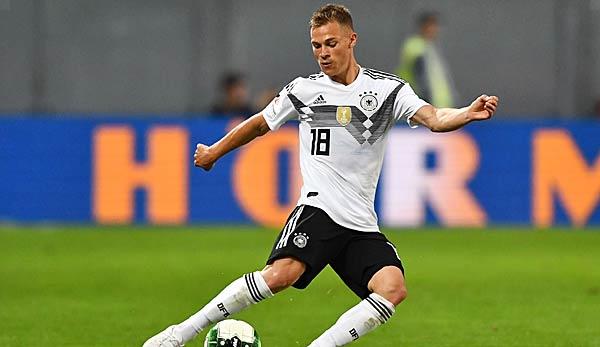 Joshua Kimmich explains the tactical differences between the Bavarians and the DFB team. Mats Hummels rules out retiring from the national team after the World Cup. A change abroad is also out of the question for him. Here you can find all the latest news and rumours about FC Bayern.

National player Joshua Kimmich revealed in an interview with the Stuttgarter Zeitung how his position differs between the club and the national team. “When we’re in possession of the ball, I have to move up a long way. My position is usually where my opponent’s back is,” Kimmich explained his role in the national team.

At FC Bayern, this area is often already occupied: “Arjen Robben is usually at the top of the list. “I should come more from the depths and run behind.”

Hummels declared a possible change abroad unlikely vis-à-vis Sport Bild. At the moment, Hummels simply does not have the urge to “come hell out again abroad”. He was “in close contact with Manchester United in 2015, among other things. But we just never got together.”

FC Bayern have apparently set a pain threshold for striker Robert Lewandowski. According to a report by Sport Bild, the Munich-based company would be ready to talk if the transfer fee reached 200 million euros.

Meanwhile, those responsible at FC Bayern have so far refused contact with Lewandowski’s new advisor Pini Zahavi. According to Sport Bild, he last offered his protégé to Manchester United, Chelsea and Paris Saint-Germain.

Both Corentin Tolisso and Thiago are currently preparing for the World Cup with their respective national teams. Both players were able to welcome a presidential visit on Tuesday. Spain’s new Prime Minister Pedro Sanchez visited the Ciudad del Futbol, the training centre of the Spanish national team. There he thanked Andres Iniesta, among others, for his services to Spanish football and wished the team much success for the World Cup.

France’s football-mad head of state Emmanuel Macron, however, sent the Equipe Tricolore on a clear mission to Russia: “A competition has succeeded (if it is won!)”.

Bundesliga: Is Patrick Herrmann drawn to Bremen?
Bundesliga: Becker about Arp: “He did not cancel the HSV