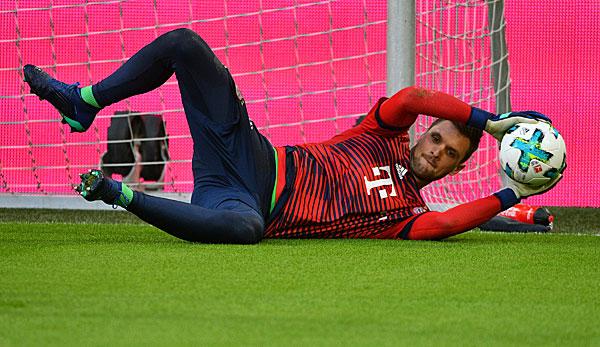 In the coming Bundesliga season, FC Bayern will probably not have too many questions about who will be in the goal – Manuel Neuer is fit and convinced at the World Cup. But Sven Ulreich does not want to be satisfied with it: He wants to play some more. Moreover: Ronal’s former manager does not believe in Robert Lewandowski among the Royal and Leon Goretzka comes to Munich full of ambition.

“I hope that I will play more after the performances shown, even if Manu is fit,” Ulreich said in an interview with Bild. The record champion’s goalkeeper accepts “the role behind the world’s best goalkeeper as number two”, but under new coach Niko Kovac it should not be the mere reserve role again.

Ulreich is also looking forward to the new coach. He has “an open ear for all players” and should, from what I have heard, be comparable to Jupp Heynckes.

Moreover, Ulreich is by no means surprised about Manuel Neuer’s performances at the World Championships. “I saw Manu before he joined the national team. “He makes up for his lack of play practice through calm and routine.” Moreover, “there would be no difference at all in his style of playing. Manu stands on the square as if he had never been away. No other goalkeeper in the world has this ability.”

For Robert Lewandowski, the World Cup adventure is already over after two disappointing performances. The centre forward did not set any accents in the games against Senegal and Colombia, which could have increased the value of his shares at Wunschverein Real Madrid.

Nevertheless, rumours of a transfer from Poland to the Royal Family have persisted for some time. Now, however, the former manager of Champions League winner Jorge Valdano has spoken out and expressed strong doubts.

“Lewandowski is undoubtedly a great midfielder,” Valdano said. “But I can’t imagine him ever ending up at Real.” Superstar Cristiano Ronaldo is said to be the reason for this: “Ronaldo is now playing in the storm centre and needs players to create chances for him. Lewandowski wouldn’t go with Ronaldo.”

Bavarian newcomer Leon Goretzka faces a lot of competition in the midfield of his new employer. In an interview with Sport Bild, however, the ex-Schalker was confident: “I know that the competition is huge. But I didn’t move to Munich to sit on the bench.”

Instead, Goretzka fully relies on his individual qualities: “I’m a different player than most of the others we have for midfield. “I’m trying to bring dynamism into midfield and open holes with deep walks.”