Bundesliga: Zorc relieved because of Dembele missteps at Barca 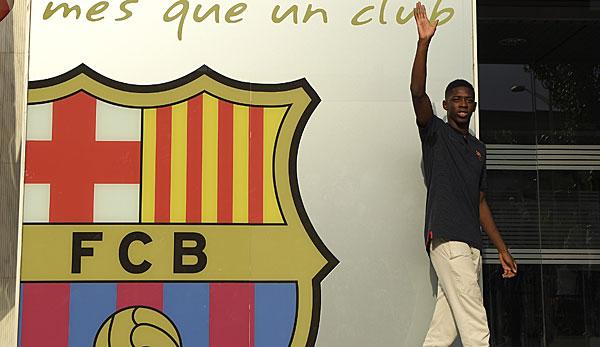 “Now that he’s playing in Barcelona, with one of the world’s biggest clubs, this lack of discipline still seems to be happening,” Zorc said in an interview with the Frankfurter Allgemeine Zeitung (Saturday edition).

“I am relieved to note that this was not something that had anything to do with the circumstances here at BVB.”

Dembele had gone on strike from Dortmund in August 2017. Barca then transferred a transfer fee of 105 million euros for the French national player to the Bundesliga clubs. This sum can increase by another 40 million due to various bonus payments. Recently, Dembele has been negatively noticed several times away from the lawn, mainly due to delays.

In Dortmund, they have not only dealt for a long time with the reasons for Dembeles’ behaviour. Pierre-Emerick Aubameyang also caused escapades again and again.

“A spiral developed that was difficult to stop at some point,” said Zorc. “If one strikes (Dembele, ed.) and the other does not seem to have a clock (Aubameyang, ed.), it has an effect on the outside and on the inside.”

Aubameyang moved to FC Arsenal in London in January 2018. With ten goals after 15 matches, the 29-year-old from Gabon is currently the top scorer in the English Premier League.