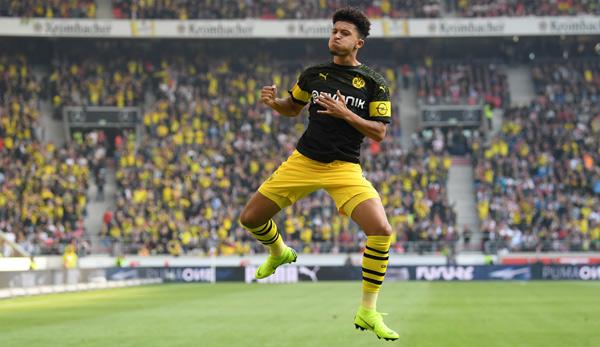 BVB sports director Michael Zorc spoke in an interview with Bild-Zeitung about the future of shooting star Jadon Sancho. He made it clear that the English national player will continue to storm for the Dortmund team in the coming season.

“Yes’, Zorc replied to the question whether he could give a guarantee that Sancho would stay with BVB beyond the season. There was “no sign of a change at all.” In addition, Sancho himself has repeatedly stressed “how comfortable he feels with us”. The 18-year-old knows “which club has led him into the English national team”, Zorc explains.

Sancho, who made his debut for the Three Lions in mid-October, has been directly involved in 14 goals (5 goals, 9 templates) in 20 black-yellow matches this season, and his impressive performances have created a desire among top clubs abroad.

Although Sancho did not extend his contract with BVB until 2022 until the beginning of October, rumours were circulating that Sancho’s training club Manchester City, Paris Saint-Germain and Manchester United were also closely following the development of the attacking player.

Sancho himself had made it clear in November that he was not currently thinking of leaving the BVB in the foreseeable future. “I don’t waste any thoughts on a change,” Sancho said to the picture: “I owe a lot to BVB and I still have a lot to do with this team. I’m happy here, and I didn’t sign for so long for nothing.”

Bundesliga: Schalke’s Schöpf warns BVB against derby
Bundesliga: Constellations: Seals not in the squad – Brandt only on the bench