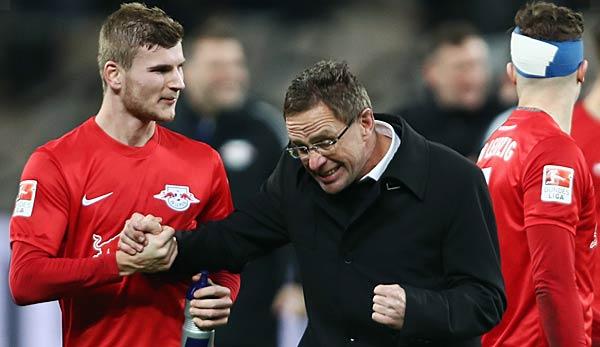 Timo Werner is apparently about to extend his contract with RB Leipzig. According to a report in the Bild, the 22-year-old striker is expected to double his salary to six million euros. The new contract is to apply until 2023.

“I hope that Timo will extend his contract with us by the winter break at the latest,” said coach Ralf Rangnick on Thursday. “We’ve been in talks for some time about renewing the contract. I am firmly convinced that Timo will also be in perfect hands with us in the coming years.

Recently there were rumours that FC Bayern Munich was interested in a commitment from Werner. FC Barcelona was also repeatedly mentioned as a potential interested party. His current contract runs until 2020.

Bundesliga: Lewandowski about Kovac: “This insight is not a sign of weakness”
Bundesliga: BVB: Weigl before change in winter?