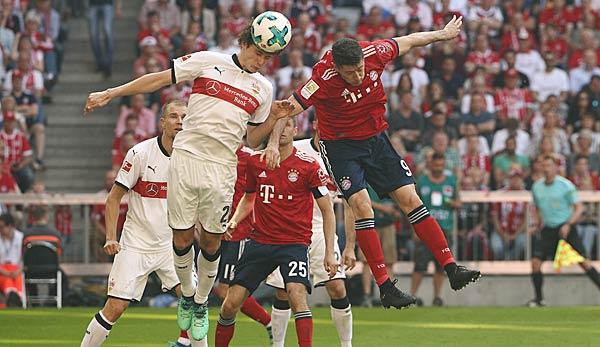 Coach Markus Weinzierl of VfB Stuttgart believes that his player Benjamin Pavard could prevail at FC Bayern Munich. Rumours have been circulating for some time that the Frenchman has already agreed with FC Bayern on a transfer after the current season.

“If you want to know if Benji could play for FC Bayern in the future: Yes, he has the level,” Weinzierl told SportBild. Allegedly, Pavard has an exit clause amounting to 35 million euros.

Pavard and Weinzierl are in a relegation fight with VfB Stuttgart. The coach, who had taken over VfB on the 8th matchday before the duel against Borussia Dortmund (0:4), is not surprised about this: “I knew about the difficult situation, the starting program and the injured”.

Especially the long-term failures of Daniel Didavi and Anastasios Donis hurt the team. Donis, at least, returned from a 1-0 win over FC Augsburg last matchday, scoring the winning goal straight after his comeback.

In order for Weizierl and VfB to come even closer to the “courageous, aggressive and offensive” football he favours in the second half of the season, he hopes for new players in winter: “That must be the target,” he said. “In winter, however, it’s difficult to get good players. And second, you need happy circumstances to find good access.”

At his ex-club FC Augsburg he succeeded with Alfred Finnbogason and Andre Hahn, on Schalke with Guido Burgstaller. “I hope we have a similar hand here,” Weinzierl said.

On Sunday, VfB Stuttgart will face second place Borussia Mönchengladbach (18.00 in the LIVETICKER) at the end of the 14th matchday.

Bundesliga: Leipzig announces transfer offensive
Bundesliga: Why Kimmich moved into the midfield of the FCB – and how things will continue