Bundesliga: Watzke exclusive to Revierderby: “Are we ready for such a fight?” 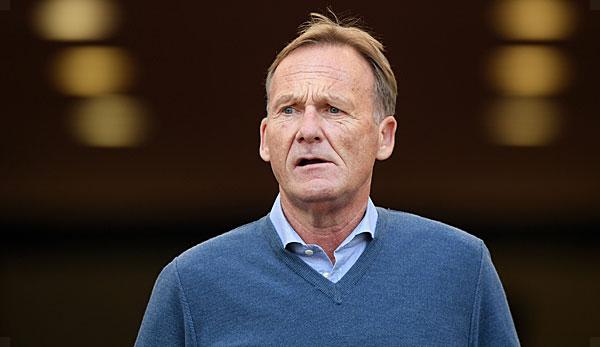 In an exclusive interview with DAZN, SPOX and Goal, BVB boss Hans-Joachim Watzke spoke about the area derby against FC Schalke 04. The managing director of Borussia Dortmund assumes a physical encounter.

“Every derby is special. But you have to have realistic expectations. There’s no point in overheating the Derby so much that you end up ignoring the realities,” Watzke said before the duel on Saturday (15:30 in the LIVETICKER).

Asked about the goal-rich 4:4 remis after being 0:4 behind more than a year ago, Watzke could not resist a lead in the direction of his rival: “If you still achieve a 4:4, that’s certainly spectacular. But in the end, you only get one point for it.”

The 59-year-old also warned against the starting position: “The Schalkers have actually scored quite well in the Bundesliga over the last few weeks, you shouldn’t underestimate that, but overall they are a little behind their expectations. Nevertheless, it is always a great opportunity for the less well-placed team to turn the whole atmosphere around in one game.”

That’s why Watzke expects a physical encounter. “You will play extremely physically robustly. We have to be prepared to get down to business. For us, the decisive question is: Are we ready for such a fight?” says Watzke.