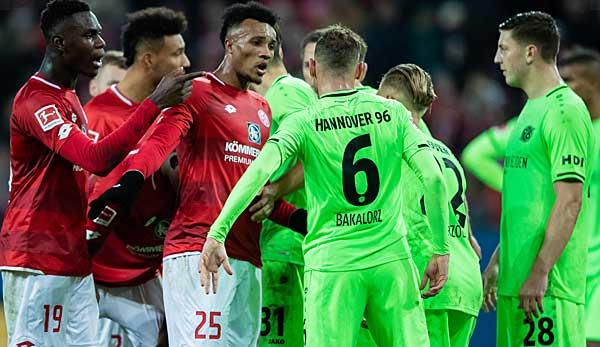 The responsible persons of the Bundesliga club Hannover 96 demand that the German Football Association (DFB) and the German Football League (DFL) improve the video evidence. “Those in charge should analyze the season in its entirety. There must be reproducible decisions. The way things are going now is not acceptable,” said club boss Martin Kind in the NDR sports club.

Manager Horst Heldt and coach Andre Breitenreiter became even clearer, who expressed their frustration about the use of technical aids after the excitement game on Sunday at FSV Mainz 05 (1:1). The video proof was used three times, the decisions were extremely controversial twice.

“I’m not interested in the referee making the wrong assessment. That’s what happens. What doesn’t work is the correction process,” said Heldt: “This is no longer comprehensible. Those on the field – the referee and the players – are the poorest. I blame the system.”

Breitenreiter was “angry and totally frustrated” – especially because of the penalty kick decision against Hannover, which led to the compensation for the FSV (89th).

“So we can get rid of the video evidence. So it makes no sense to employ an assistant to ensure justice,” said the trainer: “If such things are not seen, the question of quality arises. I expect the video assistant to see that – we’re supposed to have the best referees in the world.”

Directly after the game Heldt, Breitenreiter and the professionals like Niclas Füllkrug (“A Scandal”) were even more upset. Only after talks with referee Robert Hartmann (Wangen) in his changing room did the minds calm down a little.

It remains to be seen whether the DFB Control Committee will begin investigations as a result of the heavy scolding.