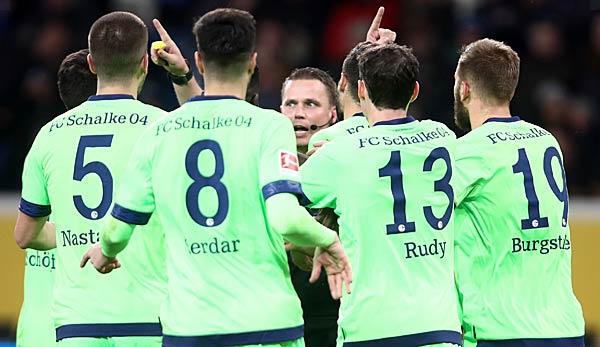 This Saturday there will be a duel between Schalke 04 and Borussia Dortmund. But who will whistle the derby on the 14th matchday? At SPOX you can find out everything about the referee of the match.

The derby between Schalke and the BVB will start today, Saturday, at 15.30 hrs in the Veltins-Arena in Gelsenkirchen. You can find out what you need to know about the game here.

Daniel Siebert is the referee of the derby between Schalke 04 and Borussia Dortmund. The 34-year-old is the youngest of the ten German FIFA referees. Siebert has never whistled in the derby district before. In total, however, he has already led 81 games in the Bundesliga.

Overall, Schalke has a positive balance under Siebert. Only in the cup did the royal blues have bad experiences with the impartial: In the quarter-finals of the 2016/17 season against FC Bayern Munich, Siebert eliminated the former Schalker Holger Badstuber with yellow-red.

The BVB has mainly had good experiences with Daniel Siebert, because in eleven games with the impartial the black-yellow lost only twice. The game in Wolfsburg this season ended under Siebert’s leadership 1:0 for the black-yellow.