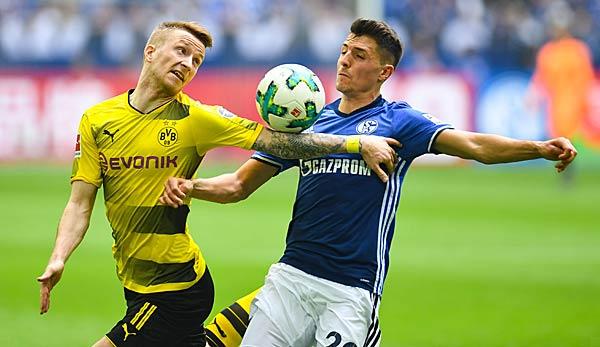 Schalke 04 and Borussia Dortmund will play against each other in today’s derby. You can follow the game between S04 and BVB in the LIVE-TICKER at SPOX.

This article is continuously updated. Follow the live ticker here.

Before starting: Daniel Siebert is the referee of the game. In the season he already whistled both teams. The BVB in Wolfsburg and S04 against the Bayern.

Before the start: Domenico Tedesco has never lost against the BVB as coach. Lucien Favre, on the other hand, collected an average of 1.25 points against S04 (six wins, two draws, eight defeats).

Already 40 minutes after the final whistle you can follow the highlights at DAZN. DAZN costs 9,99 Euro per month and can be tested for one month for free.