Bundesliga: Sancho reveals: This is my favourite player 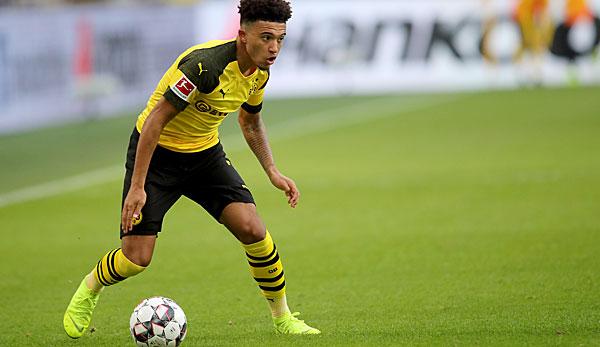 The attacker Jadon Sancho of Bundesliga leader Borussia Dortmund is one of this season’s discoveries. Now the young Englishman has betrayed which stars he is playfully oriented towards.

“In my childhood Ronaldinho was my favourite player, you don’t have to say much about that because he was such a great player,” he told the Mirror. “Now it’s Neymar because he’s different.”

He gives the reason for this immediately afterwards: “He takes people for a ride with his tricks. Of course this is not always good, but he is just himself and expresses himself that way. I like that. You don’t often find such individuality on the court.”

The image of the Brazilian PSG superstar has suffered recently due to many provocative actions. However, his 22 scorer points in 18 games of this season show impressively that he is undisputed in sports.

But Sancho’s figures are also impressive. The Bundesliga has twelve goal participations after 14 matches.