Bundesliga: Pavard to Munich in summer 2019? 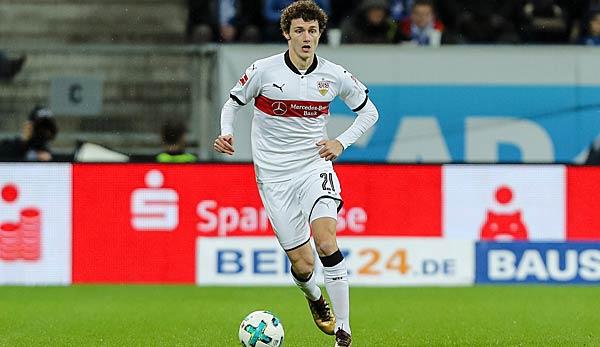 FC Bayern apparently plans to sign Stuttgart’s Benjamin Pavard for the summer of 2019, but Thiago has not yet received any offers in Munich, despite alleged willingness to switch.

All news and rumours of the day around the German record champion.

According to SportBild, FC Bayern is preparing Stuttgart’s Benjamin Pavard for the summer of 2019. Michael Reschke, Managing Director of Stuttgart, has already clearly rejected a change in the current transfer period: “We would be happy to forego a lot of money if he plays for it for another year with us.

Since Jerome Boateng, who allegedly wants to change, has also committed himself to his club for the coming season, the Munich-based club is said to have postponed the planned Transfer Pavards until next year.

As Reschke confirmed, Pavarad has an exit clause for the summer of 2019 in its contract valid until 2021, which according to the SportBild report will be 35 million euros.

Thiago is said to have signalled his former club FC Barcelona his willingness to return in the face of fierce competition in Munich’s midfield. According to SportBild, however, the Catalans are not prepared to invest a transfer fee worth millions in the Spanish international and have therefore not yet submitted a bid for Thiago.

For the first time since his torn muscle bundle on 27 April, Serge Gnabry, who had returned home, completed an individual training session with ball on Tuesday.

The exact date of Gnabry’s start to team training is still unclear, but the offensive player was optimistic at his official presentation on Monday: “My health is very good again. But I want to take my time.”

After the disappointing result of the German national team, which Miroslav Klose coached in Russia, the former FC Bayern attacker took up his duties as coach of the Munich U17 last Monday.

“The Bavarian DNA was always in me”, Klose emphasizes in an interview on the association’s homepage his solidarity with the association. With the newly built Bayern Campus, Klose sees optimal training conditions for his junior team: “The campus itself is simply fantastic. What FC Bayern has achieved here is really impressive.”

Bundesliga: Max Meyer looking for a club: Whose story is this?
Bundesliga: Preetz: “Not to hide behind Bavaria”