Bundesliga: Pavard: No FCB contact during the World Cup 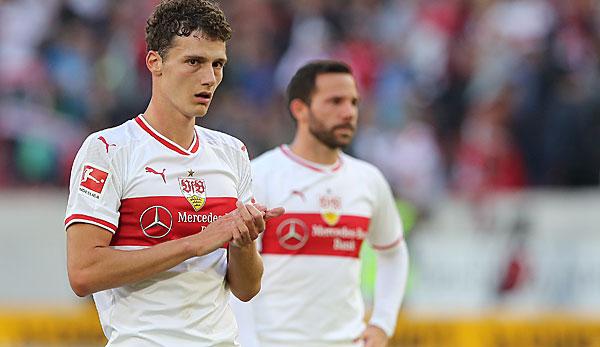 Stuttgart’s shooting star Benjamin Pavard spoke in a press session on Wednesday afternoon about rumours of a possible change to FC Bayern.

“I don’t know what’s gonna happen this summer. I’m comfortable at VfB. Even during the World Cup, I didn’t meet anyone from Bavaria,” Pavard said, referring to the topic.

According to the picture, however, a transfer of the young Frenchman to the German record champion is already in dry cloths. In this case, FC Bayern would have to pay a sum of 35 million euros to buy Pavard out of its contract, which is valid until 2021. Earlier this week, Bavaria President Hoeneß described Pavard as an “interesting player for us”.

Pavard had moved from OSC Lille to Stuttgart in the summer of 2016 and was able to develop into a top performer there right from the start. At the World Championships in Russia, he also became World Champion as a regular right-back of the Equipe Tricolore.

Bundesliga: Sammer on the external image of the FCB
Bundesliga: Grand Cross raves about Alcacer and Götze