Bundesliga: Pavard: Many advised against changing to VfB 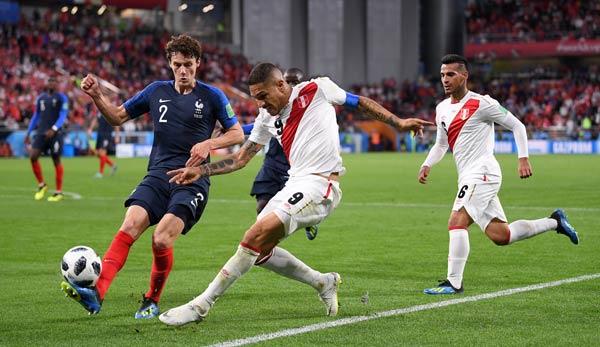 Benjamin Pavard of VfB Stuttgart has explained that many people have advised him against changing to the 2nd Bundesliga. “I was told I made a bad decision when I signed in Stuttgart in the second division,” he told Le Figaro.

However, the decision in favour of Stuttgart has now paid off. Pavard and VfB rose and now the player has been appointed to the French national team: “I went to VfB to get and mature many minutes of betting. Now I’m realizing a dream.”

Pavard continued: “The World Cup rewards all the sacrifices that my parents and I have made.” At the age of ten, the Frenchman had to move out and worked on his career in the football boarding school: “It was hard for me, but also for my parents, because I am their only son.

In his last group match against Denmark, his parents will now sit in the stands. Pavard can hardly believe it: “In the 2006 final I was sitting in front of the TV in a Zinedine Zidane jersey. “Today I have my own name on my back.”

And the 22-year-old has ambitious goals for the tournament: “We have the team and the talent to win the title.” As late as 2014 his participation would have been unthinkable: “I was at home in Jeumont. I felt like a zero. “I had hardly played at the Lille juniors the season before.”