Bundesliga: Max Meyer looking for a club: Whose story is this? 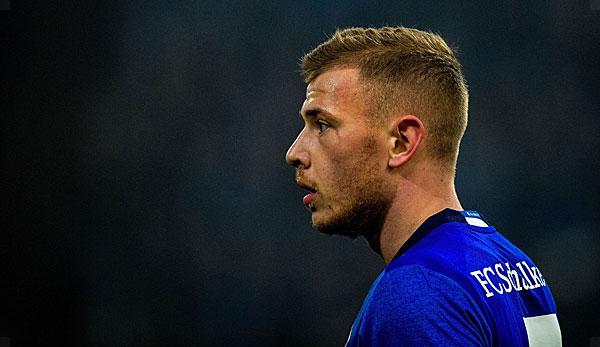 On July 1st Max Meyer’s contract with FC Schalke 04 expired, since then he is without a club. His consultant Roger Wittmann’s search for an employer has so far been unsuccessful and the future of the talented 22-year-old midfielder is completely unclear.

“1 year ago! What a fantastic Team”, wrote Max Meyer on Instagram on 30 June 2018 and posted a photo showing him and his colleagues from the German U21 national team. On their faces joy and ecstasy, before that the European Cup. Meyer experienced one, perhaps the highlight of his career to date. Among other things, the post is provided with the hashtag #own history.

But that with his own story, that’s one of the things about him. The story of Max Meyer is not really the story of Max Meyer. It’s the story of Roger Wittmann, his advisor. One of the most controversial representatives of this species in the country. You could also say: The author of the story of the world-class player Max Meyer, who is a year after this European Championship triumph without a club.

And this story goes like this: Meyer once fought his way through the youth teams to the professionals at Schalke and was even appointed to the German senior national team. In late last summer, however, he said that he did not want to extend his contract, which expires in 2018.

Then, under the new coach Domenico Tedesco, he suddenly made it into the defensive midfield in the fall. Previously he had played here and there, but now he had a home in his home. On Schalke, in the centre. “I feel better than I have in a long time,” said Meyer. And so he just felt comfortable, played to himself and did it well.

Suddenly an extension of the contract seemed conceivable again. Schalke manager Christian Heidel made an offer of allegedly 5.5 million euros a year, which would have made Meyer one of the top earners – but Meyer and Wittmann refused. In an interview with the picture, Meyer later explained that he felt “bullied” and said: “I never cared about money. These statements were quite contradictory to those made months earlier.

Thereupon Heidel told Sky about a conversation with Wittmann in December, it was about Meyer’s price. “Christian, we both have to find out if we’re talking about the same player,” Wittmann is said to have said. “I’m talking about world-class player Max Meyer, who will be a regular in every European top team and who is expected to go to the World Cup in Russia. They apparently spoke of two different Max Meyers, but they did not agree on an extension of the contract.

Anyway, it went back and forth and back and forth. All parties involved expressed themselves a bit spiteful and Meyer was finally suspended. After nine years with Schalke, he left the club without an official farewell and in a fight.

Wittmann had played a big poker game, now he had to deliver. While 23 German footballers (none of whom is called Max Meyer) went to the World Cup in Russia, Wittmann was to place his client with a top European team until the new season and negotiate the desired salary. There were and are almost as many transfer rumors about Meyer as he normally plays passes in a game. Only: they all can’t find the destination.

AC Milan were interested, they said, and their sports director Massimiliano Mirabelli said: “Max Meyer is a good player, but we are already very well filled in his position. Cancellation. Then there was speculation about Olympique Marseille, AC Florence, RB Leipzig or Atletico Madrid, FC Arsenal and FC Southampton. The salary expectations should be astronomical or alternatively also the hand money demands, was to be heard. More cancellations.

Meanwhile the 23 German footballers (none of whom is called Max Meyer) have already returned from the World Cup in Russia and Meyer still does not play for any European top team. His contract with Schalke expired on July 1 and Meyer is unemployed. Should this remain the case until the end of August, one could teasingly assert that Wittmann would quickly place him with TSG Hoffenheim.

With Lukas Rupp, Nico Schulz, Stefan Posch, Joelinton, Felipe Pires and Robert Zulj there are already six Wittmann players under contract and with Dietmar Hopp a Wittmann acquaintance in quite a responsible role. From his box in the Rhein-Neckar-Arena Wittmann Meyer could also watch the game very well. However, it appears that some of Europe’s top teams will try it first.

Meanwhile Meyer keeps fit in different training camps of Wittmanns agency ROGON. First he was at the Wellnesshotel Schneeberg in South Tyrol, then on the Greek island of Mykonos, where he trained with other Wittmann clients – for example Marcel Schmelzer and Marius Wolf from Dortmund.

Meyer posted a picture of a beach restaurant on Mykonos, looking thoughtfully into the distance. In the comments below, various fans of various clubs ask themselves whether Meyer doesn’t want to move to their camp. Fenerbahce, Milan, Marseille, Juventus, Besiktas. Everything is there, but the question remains: can the clubs pay the price Wittmann has called for? And more importantly: do they want it too?