Bundesliga: Lewandowski about Kovac: “This insight is not a sign of weakness” 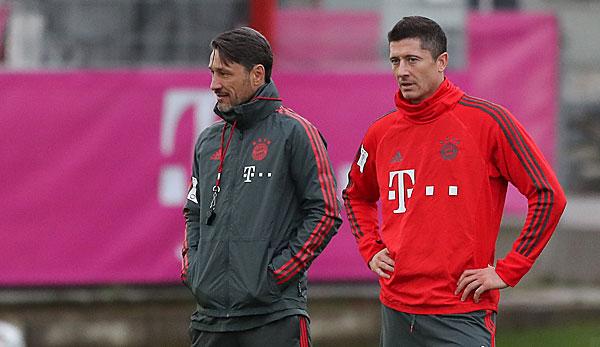 According to Robert Lewandowski, Bayern Munich coach Niko Kovac put his ideas to the test and changed details during the crisis. Recently, the weak team won two games in a row.

“The coach tried to change things when it didn’t work out. It’s about little things, about details. If he shows that insight, it’s not a sign of weakness. Only in this way can he become a better coach,” Lewandowski told the picture.

As a result of a strong start to the season, FC Bayern recently weakened considerably. “After the first few weeks of the season, we thought things were going as well as they have been in recent years,” said Lewandowski. But then the team conceded decisive goals late in several Bundesliga matches. “We weren’t awake enough. We had problems to have the focus until the end,” Lewandowski said.

“This exchange has helped us all give strength,” said Lewandowski. “It’s good to give your opinion, hear the opinion of others. All pages have explained what can be done better. Then you feel a relief, it’s easier to keep working.” FC Bayern won the following Champions League match against Benfica Lisbon 5-1.

In the Bundesliga, Borussia Dortmund are nine points behind Fortuna Düsseldorf 3:3. After this game, the Bayern bosses Uli Hoeneß and Karl-Heinz as well as the leading players Manuel Neuer, Thomas Müller, Franck Ribery and Lewandowski had personal discussions.

On Saturday, the team will receive the 1st FC Nuremberg in the Bundesliga (15.30 in the LIVETICKER) and wants to reduce the gap to Dortmund. Lewandowski feels comfortable in the chasing role: “It’s easier as a hunter to attack from behind than if you have to be the first to look at the attacks from behind.”