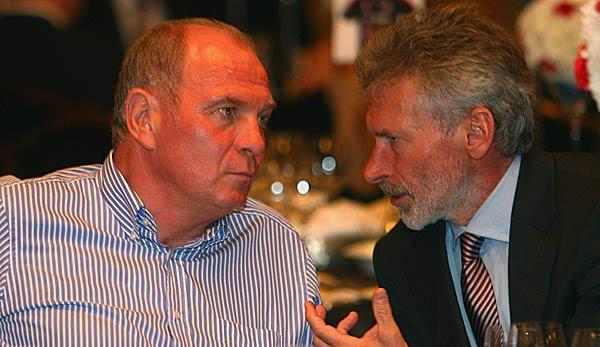 Club legend Paul Breitner is said to have thrown his job at the German record champion Bayern Munich over a planned TV appearance because of a difference of opinion with the club.

At the request of the club, Breitner had cancelled his visit to “Blickpunkt Sport” in the BR on 19 February 2017. But when the then new brand ambassador Hasan Salihamidzic appeared there, he terminated his contract after ten years, according to SportBild.

FC Bayern refers the newspaper to the fact that the appearance of Salihamidzic, now sports director, was due to an internal communication error. Uli Hoeneß did not know anything about the process. According to SportBild, Breitner was not supposed to attend the show because FC Bayern was not very good at BR at the time.

Club President Hoeneß (66) had last made Breitner’s resignation as brand ambassador public in the dispute with his former buddy, without giving any background. “At the beginning of 2017 he threw down this contract after a dispute with Karl-Heinz Rummenigge, which also involved press appearances,” he said, stressing that “Paul Breitner is not a victim, but a perpetrator”. He broke with his former friend when he got out of prison, Hoeneß added. This was the end of February 2017.

The trigger for the latest dispute was once again Breitner’s appearance in “Blickpunkt”, in which he sharply criticized the legendary Bosse-PK and Hoeneß in particular. Breitner (67) was then asked to stay away from the Guest of Honour area of the Allianz Arena, whereupon he returned his tickets.

Bundesliga: Why Kimmich moved into the midfield of the FCB – and how things will continue
Bundesliga: Salihamidzic holds out the prospect of winter transfers