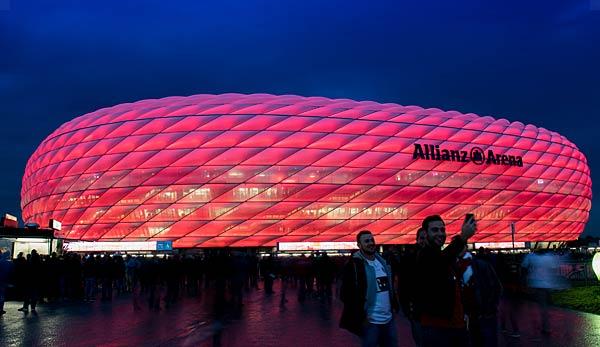 The renovation work in the Allianz Arena continues. And Bavaria’s Corentin Tolisso commented on the current situation at the Equipe Tricolore.

Here you can find all the latest news and rumours about the German record champion,

On the Twitter page of Bayern & Die Mannschaft new pictures of the reconstruction of the Allianz Arena were published. In the north curve the club logo takes on ever clearer forms, the main grandstand is decorated with the lettering “Mia san mia.

Fans will see the converted arena for the first time on August 5 in a test match against Manchester United.

After the World Cup match against Morocco, Spain’s Thiago avoided a commitment to FC Bayern in the mixed zone. The midfielder did not want to answer some journalists’ questions about his future and instead asked the media representatives to question him about the match against Morocco.

For some time now, the Spanish media have been discussing Thiago’s return to FC Barcelona, and Real Madrid are also said to have shown an interest in signing up.

Bavarian star Corentin Tolisso has put the current condition of the French national team in the eyes of FIFA and is optimistic for the rest of the tournament.

“We definitely want to win our last group game against Denmark. Winning the group is very important to us. Many people have criticised our appearances at the World Cup, but other teams have had more problems than us,” said the midfielder.

Tolisso also left no doubt about the role of superstar Paul Pogba: “We all know how important Paul is to our team. He can make a difference on the court at any time.”

“Not only for the stars of FC Bayern Munich, but also for many top athletes worldwide, the premium products of the successful audio brand Beats by Dr. Dre have long been an important part of their mental preparation for training or competitions,” writes the record champion on his homepage.

Bundesliga: Cunha, Saracchi, Mukiele: These are the new guys at RBL
Bundesliga: Pavard: Many advised against changing to VfB