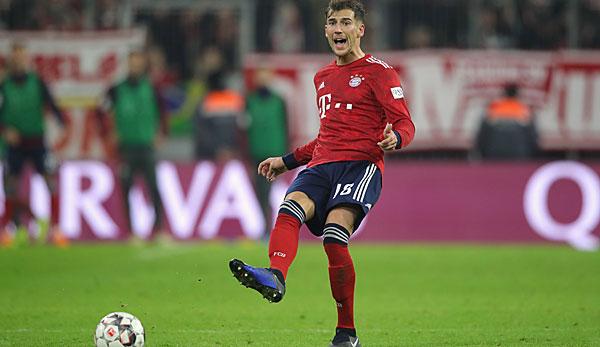 Leon Goretzka wants to work his way up to a leading role at FC Bayern Munich. For the first time, Benjamin Pavard himself comments on the rumours about a change to the German record champion. Karl-Heinz Rummenigge doesn’t want to know anything about a successful turnaround.

All news and rumours about FC Bayern can be found here.

Goretzka is one of the winners of the tactical switch to a double six. In the future, however, the international wants to take on even more responsibility alongside Joshua Kimmich and develop into a leader.

“If you want to be a leading player, it is very important that your performance on the pitch is undisputed and consistently good. Only then can one intervene in certain processes to help here and there. But this is the way I am at the moment,” Goretzka explained in an interview with Sport1.

He wants to use his time at FC Bayern to make it “further up”: “My greatest fear has always been to have unused potential. So I’ll always strive for the greatest to get the most out of it.”

With Arjen Robben and Franck Ribery, Goretzka will probably no longer play together in the coming season. While Robben already announced to play his last season with FC Bayern, Ribery still leaves his future open. An extension of the contract with the Frenchman, however, seems unlikely.

The farewells of the two were “a pity for German football”, said Goretzka, who enthused about his fellow players in the Sport1 interview: “Before I went to Bavaria, I always watched with astonishment what they had conjured up on the pitch over the last ten years. That was already absolute world class. They have brought and guaranteed success over the last ten years.”

Benjamin Pavard, on the other hand, could become the German record champion this summer. Since the summer a change of the Stuttgart is considered as extremely probable. Now, for the first time, the Frenchman himself has come forward with the rumours.

“I don’t know what’s gonna happen this summer. I’m comfortable at VfB. Even during the World Cup I didn’t meet anyone from Bavaria,” Pavard said in a press conference.

In the meantime, Bavaria’s chairman of the board is dealing with the current sporting situation of the club.

Rummenigge does not want to know anything about a turning point that has already been reached. “I think last week was an important sign. We played well against Benfica and Werder Bremen. But a swallow doesn’t make a summer. We have to continue there in the next few weeks,” he reminded FCBayern.TV in a conversation.

Bundesliga: Grand Cross raves about Alcacer and Götze
Bundesliga: Watzke exclusive to Revierderby: “Are we ready for such a fight?”