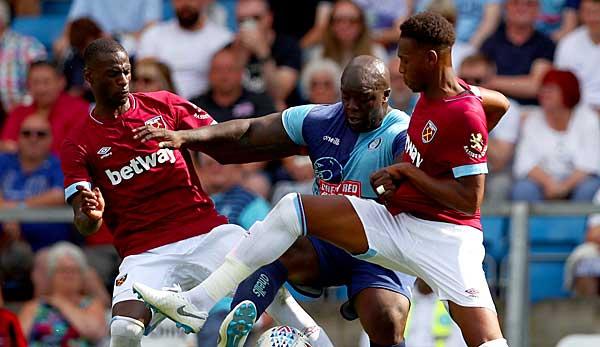 BVB could get Reece Oxford back into the Bundesliga. Meanwhile Jadon Sancho receives special praise from Michael Zorc and Marco Reus. In the afternoon, coach Lucien Favre will face the media at the PK before the AS Monaco match.

Here you can find all news and rumours about Borussia Dortmund.

Reece Oxford already knows the Bundesliga from Borussia Mönchengladbach. But since his return to England, the young defender has hardly had a chance. According to the English daily The Sun, Borussia from Dortmund could soon be approached by West Ham United.

According to this, the BVB is supposed to have recently observed Oxford and to be considering steering the Englishman back into the Bundesliga. Already in the winter the player could probably change the club. Will he be attracted to Dortmund? The BVB not only has four central defenders in its squad, but also a large team overall.

So far, however, coach Lucien Favre has not been satisfied with Ömer Toprak. The most experienced defender of the BVB only received about one hour of play time in the current season. The Turk was last associated with a move to his homeland.

Jadon Sancho not only became the youngest scorer in derby history at the 2-1 Borussia Dortmund FC Schalke 04 derby, but also the match winner with the winning goal. He dedicated the goal to his recently deceased grandmother.

“He made it very clear that he really wanted to play this derby,” said sports director Michael Zorc. Coach Lucien Favre had therefore offered Sancho to suspend the game if the player wanted to grieve. Also because Sancho renounced it, he now received special praise from Zorc.

The functionary raved: “If you know what happened this week, you can only take your hat off to him. That was an exceptional achievement.” Captain Marco Reus also took off his hat: “To keep laughing in training and being so focused on the game – that’s a strong mentality. Compliments to him.”

BVB coach Lucien Favre will speak to the press today, Monday, at 17.30. The Dortmunders fly to Nice at noon and from there travel on to Monaco. In the late afternoon, coach Favre and an as yet unknown player will finally be on stage.

The press conference will be accompanied by SPOX in the Tagesticker. The final training is scheduled for 6 p.m. afterwards. The BVB will meet AS Monaco in the Champions League on Tuesday (21:00 in the LIVETICKER).

Bundesliga: Pavard: first own goal, then injured
Bundesliga: Fix! Globetrotter new on Fortuna board of directors