Bundesliga: Delaney at BVB: “Walking like a dog with ten dogs” 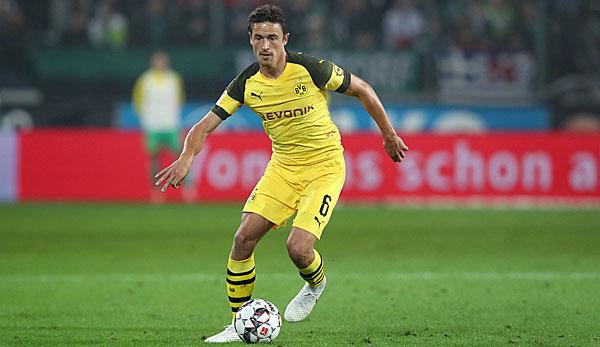 Thomas Delaney made a laugh at 19.09 UHR – Der schwarz-gelbe Talk with his answer to the question about his leading role in the squad of Borussia Dortmund.

“There are a lot of young players in the squad and sometimes it’s a bit like going for a walk with ten dogs,” said Delaney, who moved from Werder Bremen to Borussia last summer for 20 million euros.

In addition, the Dane expressed restraint with regard to a possible championship: “It is still too early to pass that as a goal. But you can feel the hunger in the team that we want to give everything for it.”

His team mate Jacob Brunn Larsen, who was also a guest, praised Delaney to the skies: “This is really fun with him. I always like to listen to what the older players have to say. And I try to take a lot of it with me.”

Moreover, Brunn Larsen does not regret his loan to VfB Stuttgart last season. “It was always the goal to return to Dortmund after the loan. Today you can say I did everything right. […] Now I know how fast everything can go in football. I can take all that with me. No matter whether I played 115 minutes like in Stuttgart or 12, 13 games make like in Dortmund,” said the 20-year-old.

The BVB currently ranks first in the table. The lead over their first rival Borussia Mönchengladbach amounts to seven points, the black-yellow team already has a cushion of nine points over the Bavarians.

Next Saturday Borussia will play one of the most important games of the season. Then it comes to the district derby against Schalke 04 (15.30 o’clock in the LIVETICKER).