Bundesliga: David Alaba of FC Bayern comments on rumours of a move to Real Madrid 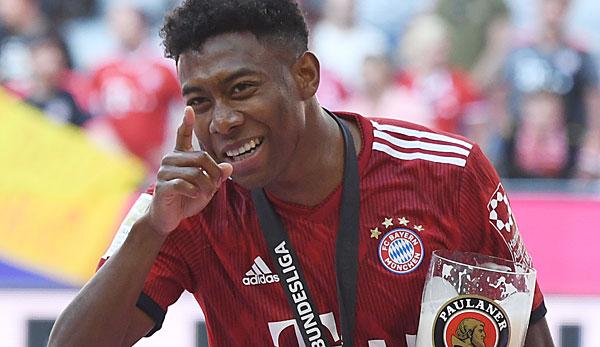 Left-back David Alaba has ruled out a possible transfer to Real Madrid for the time being. However, he avoided a clear commitment to his current club FC Bayern Munich.

“It is not ready to speak at the moment,” said the 25-year-old on the fringes of the Austrian national team’s training camp, according to unanimous media reports about an allegedly imminent change to Real. An interview that Alaba’s father George is said to have given to the Spanish AS never took place. “I don’t know anything about it. I asked him, he doesn’t know anything about it either,” Alaba explained. The statement was “apparently” invented.

At the same time, Alaba avoided a clear commitment to the FCB. “I know it can happen very quickly in football, but at the moment I still have a long contract with Bayern Munich, feel at home there and already think that I will play with Bayern Munich next season.

However, the rumours about an alleged interest of the royalists would not disturb, Alaba said: “No, on the contrary. It makes me proud somewhere to be in conversation with such clubs. However, I play at one of the best clubs in the world, have plans there and would like to continue my way there. We have our goals for next season. But of course I always look for my challenges. “I’m not worried about the future right now.”

Alaba is under contract with FC Bayern until 2021. In the current season, he played 36 competitive matches and scored two goals.