Bundesliga: Cunha, Saracchi, Mukiele: These are the new guys at RBL 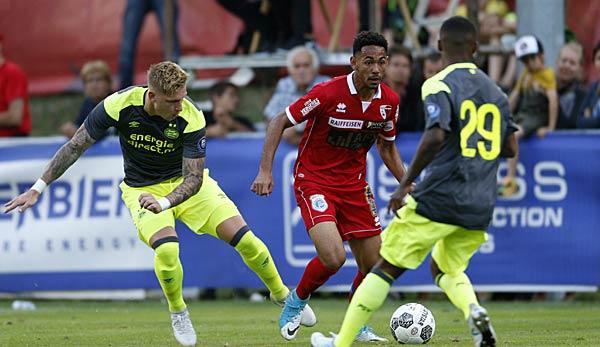 With Matheus Cunha, RB Leipzig has introduced the third newcomer this summer. After Marcelo Saracchi and Nordi Mukiele, the third U21 player to join RB has cost more than ten million euros. All three players have been awarded a five-year contract. Their transfers are typical for the philosophy of the club. SPOX introduces the trio.

Just last summer, 18-year-old Matheus Cunha moved from Brazil to Switzerland for FC Sion. A very daring step, but it turned out to be absolutely right. With ten goals and eight assists in 29 season games, Cunha was one of the most striking players in the Swiss Super League.

The strong season is now followed by the next step on the career ladder. RB Leipzig turned over 15 million euros for Cunha, who now wants to cause a sensation in the Bundesliga. “It’s a challenging step for me, but I’m confident that I can survive in the Bundesliga with my qualities,” Cunha explains his change.

In addition to Cunha, Leipzig has also attracted a prominent supporter. Ex-world footballer Ronaldinho is considered a big fan of the 19-year-old and immediately left the first congratulations for the change via Facebook. Ronaldinho also has a past with FC Sion – he played for half a year in the C youth of the Valais.

Two weeks before the Cunha transfer, Leipzig announced the signing of Marcelo Sarancchi. This outete itself with its conception on the homepage of the association directly as fan. “I have followed the development of the club since its promotion to the Bundesliga,” Saracchi said. “It impressed me how such a young team caused a sensation in one of the best leagues in the world. I like the aggressive and offensive style of play and look forward to the challenge in Europe.”

In his youth, Saracchi played for the Uruguayan capital club Danubio FC, known as the talent factory. He made his debut in the first team at the age of 17 and has since been a regular in left midfield. It was only after joining Argentina’s top club River Plate in 2017 that Saracchi was retrained as a left-back.

He is now also to play this role at RB Leipzig. Because Marcel Halstenberg, after his cruciate ligament rupture in January, will probably also be missing at the start of the season and representative Bernardo was not able to convince in the second half of the season, the 20-year-old could be thrown directly into the cold Bundesliga water.

Dayot Upamecano, Ibrahima Konate, Jean-Kevin Augustin – and now Nordie Mukiele. RB Leipzig seems to have a soft spot for young French players. The first three of them already played important roles in the past season and are now being reinforced. Nordie Mukiele will replace HSC Montpellier for around 16 million euros and could become a direct competitor for Upamecano and Konate – all three are at home in the centre-back position.

At his old club, however, the 20-year-old was often used as a right-back, in French junior national teams also at the back left. In view of the high performance density in Leipzig’s defence, he will also need the versatility if he wants to dedicate enough time in his first season. In principle, however, this also applies to Mukiele: Develop cautiously and put pressure on the privileged in the long term.