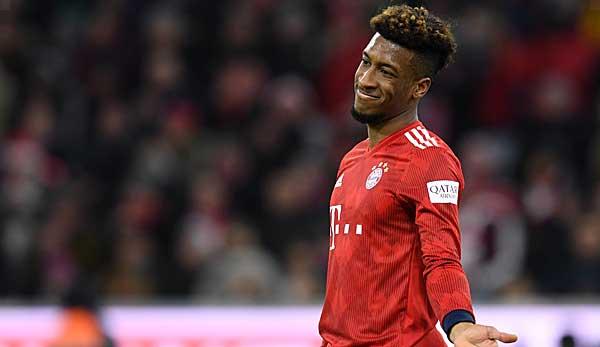 Arjen Robben from FC Bayern could not only say goodbye to Munich this summer, but also end his career. Kingsley Coman’s had enough of his injuries.

Here you can find all news and rumours about FC Bayern Munich.

In an interview with the French channel TF1, Kingsley Coman gave a profound insight into his soul life over the last few months and also hinted at the end of his career in another serious injury.

“I hope I don’t have to relive what I’ve been through. That’s enough. Maybe my foot wasn’t made for this. I would then lead a different, anonymous life,” the Frenchman admitted.

Coman had to fight in the last years increased with heavy injuries. The French wing speedster never took them lightly: “When I hurt myself, it was the end of the world for me.” At the age of 22, dark thoughts come to his mind. “One more operation” he won’t take.

Since August 2015, Coman has missed around 60 matches in the services of FC Bayern. In August he tore the syndesmoseband and returned to the square at the beginning of December. In his 2-1 win over Werder Bremen, Coman made his fourth appearance in the current season.

Arjen Robben will leave FC Bayern Munich in summer 2019, that much is now clear. Whether the Dutchman will then take on another role as an active footballer or switch to the passive side, however, has not yet been decided. In the kicker, the Dutchman at least indicated a trend.

“If an offer comes by that I am really 100 percent convinced of and say that this is something beautiful again, that I want to do, then I’ll play on. If the ideal offer does not come, then it can also be an end,” said Robben. He made it clear that, on top of that, the family would play a major role in his choice.

Meanwhile, the last few months at FC Bayern are not supposed to be just a farewell tour. “We still have a lot to do with the team. From now on, it’s all about football. I will give six months full throttle, everything I have in me,” he announced. He said he didn’t want to say goodbye to “untitled.”