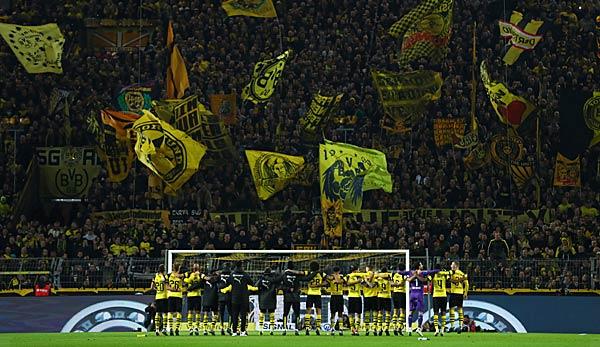 Andreas Möller sees the BVB as the favourite before the derby against FC Schalke 04. The former international even believes that Borussia can win the championship. Axel Witsel talks about the reasons for his move to China and Thomas Delaney explains why things are going so well under Lucien Favre.

All news and rumours about the BVB can be found here.

Ex-national player Andreas Möller sees the BVB as better positioned than it has been for years and believes his ex-club can win the championship. “The way the team plays football, the way it is built – that’s great,” explains the former WAZ national player. Möller added: “Lucien Favre has done an excellent job of giving the team balance.”

Nevertheless, the Derby on Saturday in Gelsenkirchen had, as always, its own laws. However, he believes that the consolidated BVB team will be able to win on Schalke if the team keeps a cool head and is able to assert its style of football.

Irrespective of the outcome of the Ruhrpott-Kracker, Möller is completely convinced of the quality of the BVB: “One cog reaches into the other, the mixture between young and older, experienced players fits – it already looks very much like championship.

BVB midfield strategist Axel Witsel played for Tianjin Quanjian in the Chinese Super League from January 2017 to summer 2018. He earned around 15 million euros annually. Nevertheless, he pays attention to his expenses and wants to be a role model for the next generation. “I am honest: It is a good and calming feeling for me and my family. I’ve never made a secret of the fact that money was the biggest reason to move to China back then,” Witsel told SportBild.

The Belgian would never go to the casino or spend money on other games of chance. Rather, he invests in real estate and tries to give his family a secure future. He also sees himself as responsible for the Dortmund talents: “I am in a position in which I also have a certain responsibility for young players”.

After 13 season games Borussia Dortmund has already scored 13 Jokertore. The BVB has never achieved this in its club history in an entire season. One of the reasons for this is coach Lucien Favre’s golden hand and the tactical notes he distributes to his team throughout the match.

“He gives us instructions on the way which are intended not only for ourselves, but for the whole team. It’s about our position game,” Thomas Delaney reveals to SportBild. For example, Favre tries to improve his own switching game and uncover his opponent’s weaknesses. Manuel Akanji is also convinced of the plan: “The trainer always finds the right solutions”.

The success proves Favre right: With 25 goals scored in halftime two, no other Bundeliga team is more accurate. This is another reason why BVB, with 33 points, is the undisputed number one in the table, seven points ahead of Borussia Mönchengladbach.