Bundesliga: Becker about Arp: “He did not cancel the HSV 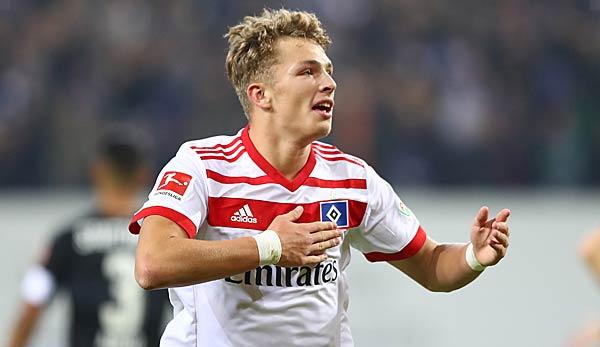 According to HSV sports director Ralf Becker, the farewell to Jann-Fiete Arp has not yet been sealed. President Bernd Hoffmann spoke about the upcoming derbies against FC St. Pauli. You most important HSV-News of the day.

HSV sports director Ralf Becker has denied an allegedly already fixed change from Jann-Fiete Arp to FC Bayern. “Fiete Arp has a contract with us until 2019. He hasn’t cancelled with HSV! His future is open,” he told the Mopo.

“As long as Fiete stays, it goes without saying that we support him. He’s a Hamburg boy, one of our players, so we’ll do everything we can to make him feel comfortable and do his best for us. Whatever decision he makes, we will not punish him, that makes no sense,” Becker explained.

17-year-old Josha Vagnoman has prematurely extended his contract with HSV until 2021. On his 18th birthday, the previously valid sponsorship contract will be converted into a professional contract.

Vagnoman has played for HSV since 2010, went through all of the club’s youth teams and made his Bundesliga debut against FC Bayern Munich on 10 March 2018.

Due to the relegation of HSV there are two derbies against FC St. Pauli again in the new season. “This will be two soccer holidays for Hamburg. We are looking forward to it. And we will do everything we can to ensure that nothing escalates,” HSV President Bernd Hoffmann told Bild.

His counterpart Oke Göttlich of FC St. Pauli explained: “This is the unofficial city championship. Games that will be remembered for a long time. And it is of course our task to prepare ourselves in the best possible way with the socio-educational fan projects, politics, police and fans. We must try to prevent misconduct with all groups. “We must all bear in mind that we are dealing with youthful subcultures.”

Just one week after the start of the Football World Cup, HSV is back on track.

The schedule for the second division will be announced on 29 June.